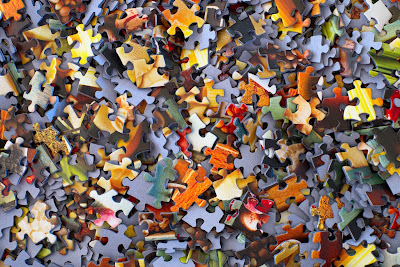 Some people think having autism can be lonely because of the social issues and this maybe the case for some people with ASD, but not so for me.  I can't see the point in sitting in a pub and drinking or going to a club and dancing.  I like people and want to interact with them, but on my terms.  Having Higher Functioning Autism, I see the world differently.  Most of the time this means I spend time on my own.

Sometimes people ask me if I have any friends to which the answer is no.  The same person will then say something like you must feel very lonely to which my answer is again no.  The truth is I just don't feel the need for any friends.  I just want people to stop hating on me or judging me or thinking that they know me. Subsequently, I spend a lot of time on my own indulging in hobbies or unwanted daydreaming.   When I was younger, my Dad told me I had to go out and make friends with people and that it wasn't normal for a teenage boy to stay in his room all the time.  Make friends he said, so I tried that, but most people were unkind or I would just have difficulty fitting in.

For instance, one girl, the same sort of age as me, asked to see my gold chain that I got as a present from my Dad. However, she never gave it back.  The abuse only escalated and her and some others she knew dowsed me in lighter fuel and would flick matches at me in an attempt to burn me as I was asking: 'Why are you doing this?  What did I do?'  In a separate incident, another group of people that were supposed to be my friends would just try to extort money out of me and set me up to look stupid.  It was not all bad, however, some people I met were great and friendly, but I must have seemed very intense.  People have always told me that I talk too much and that it is more of a monologue than a dialogue with me.  It is true that I can talk for ages about something that interests me going into all the details and practically having a conversation with myself.  Sometimes, this would get too much for people and they would tell me to shut up or start shouting or even attack me!

Bearing this in mind, I am sure you can understand why I find comfort in things rather than people.  Nonetheless, I volunteer at current to experience human interaction on some sort of level and I interact online with people that have similar interests.

It may surprise you to know that I used to have a job.  In fact, I had many jobs.  The pattern, however, was always the same.  I would get a job and then get into trouble usually for talking and then get the sack or I would get the sack for pointing out something that shouldn't be happening was happening.  I could never understand the idea that a group of people can decide not to obey the law if they all agree not to.

In addition, noise is too much at work.  Either the radio is too loud, or the machinery is too loud.  I don't mind the radio too much, but if it is not tuned in correctly and has that static it drives me nuts.  It may interest you to know that it is not just the audio noise that is troubling: the noise of colour or things is also too much!  Too much colour can sometimes be too much for me or too many things with information pouring off them is a bit like trying to listen to 6 or 7 different TV and radio stations at once! As a result, many jobs end in failure so I turned to education in an attempt to find a job working from home.

This was not such a bad experience because I did a Computing and IT degree at the Open University, which meant I did most of it online with no actual contact with anyone in person.  Early on we had to go to a certain number of classes in Cambridge, but in the later years we didn't have to go into class at all because of COVID19 restrictions. I loved the learning but hated being in class with some people that were odd or needy or just not really into it.  People can be confusing and stupid.

For seven years I went to Uni without leaving the house for most of it.  Sometimes the only person I would ever see was a cashier at the checkout in a shop or supermarket.  Other times, I would see my family for a day once every few months, but other than that I would see no one.  Indecently, while at university, I learned about social media, which lead to other ways to connect with people.  Nonetheless, I don't like to spend too much time online because it is either boring or time wasting.  I would rather indulge in one of my hobbies and then post about it.

You might be tempted to think that I have one single interest, but you would be wrong.  I have one single interest at any given time. For instance, I might be intensely interested in Chemistry today but tomorrow or next week it could change to Biology or Theology.  My main interest is in how things work and how a conclusion is drawn.  As a result, I spend a lot of time reading about science, which is yet another solitary activity and leads to more monologue reporting from me when I do interact with people.

Although some people with ASD have huge issues with sex because of the sensory aspect, I don't: I like women; I am just particular who I let in that closely since toughing is a massive sensory overload.  On the whole I spend a lot of time on my own as I have always done because it is safer and often more interesting.  People aren't that trustworthy and are frequently shallow and can sometimes be working to an agenda. However, I must confess that at time a long for a loving relationship with someone of the opposite sex and to have a family.  My brother and sister both have children and I feel I have missed out on the most important part of life: to have children and guide them into a successful existence.  It somewhat feels as if I am watching from the sidelines.  I can see everyone else out in the sun having fun and want to join in, yet I can't because I don't know how to.  It is not that I have never had a romantic relationship; it is just such relationships are few and far between.  How am I supposed to flirt with someone if I can't deal with the anxiety and awkwardness?  When it happens, it happens I just wished it happened more.

If you have any questions relating to what life is life for me, please leave a comment.

My Day With Anorexia

By Mike Parker | Date 20th of October 2022 One day to my amazement, a psychiatrist told me she thought I might be anorexic , extremely thin... 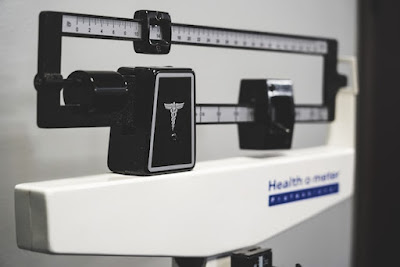